What To Do In The Imperial Valley

Things To Do in the Imperial Valley of California

You may think of the Imperial Valley of CA as simply an agricultural community, but this valley offers so much more. There are several activities and attractions to keep you busy on days where you need to get out of the house. Whether you want an indoor or outdoor activity, there is something for everyone.

Imperial Valley is located near the Mexicali border with the Colorado River to its east and the Salton Sea to its west. This valley is home to the El Centro metropolitan area which is the largest city in the Imperial Valley. Some cities that make up the area are Brawley, Calexico, and El Centro; each has its own history, culture, and scenic locations within them.

Some of us just aren't a fan of being outside when it’s hot. Since the weather can get to 107°F in Imperial Valley during the hot season (which is typically 4 months out of the year from June to September), we want something to do where it is cool inside. Museums are the perfect place for those that want to get out of the house and discover new things, but not be outdoors. 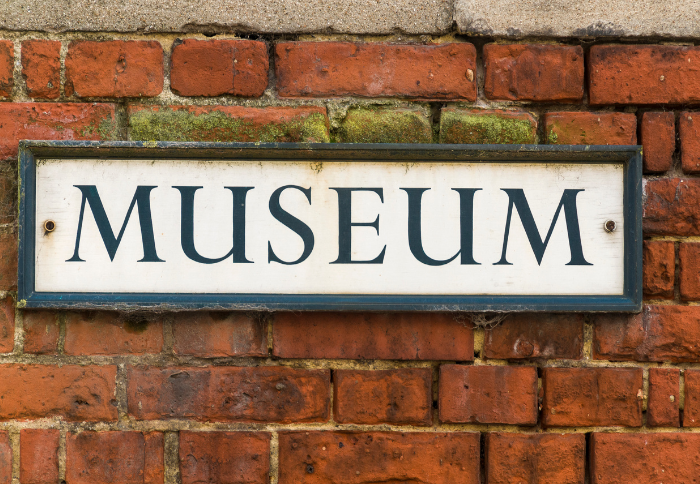 The Imperial Valley Desert Museum is located in Ocotillo, California just an hour west from Imperial Valley. An earthquake in 1979 destroyed the original building, but 29 years later it was rebuilt and had opened in 2012. When visiting the museum you will find Indigenous and historic artifacts that have been found within the Imperial Valley region. Visit their website to check out what events are happening to pan your visit accordingly!

Another option if you’re a history buff is the Imperial Valley Pioneers Museum, located in Imperial, California. This museum helps bring history back to life by preserving the vision and journey of those who worked hard and saw the possibilities and potential this community had at its origin. For a small fee you can enjoy their many galleries showing the history of the Imperial Valley and how far it has come.

When the weather permits for outdoor activities there are plenty to choose from near the Imperial Valley. From lively art in the desert to natural volcanoes, there is more fun than you would expect! Make sure you’re ready for a little road trip and pack your sunscreen because you will be in the sun all day visiting these man-made and natural phenomenon's.

Starting with the famous Salvation Mountain and Slab City. Both destinations are an hour north of Imperial Valley but only a mile apart. Salvation Mountain was created by a local resident Leonard Knight in 1984 after discovering Slab City. He decided to leave a “small monument” made out of clay, concrete and paint for residents and visitors. The residents of Slab City, live an alternative, off-the-grid lifestyle. 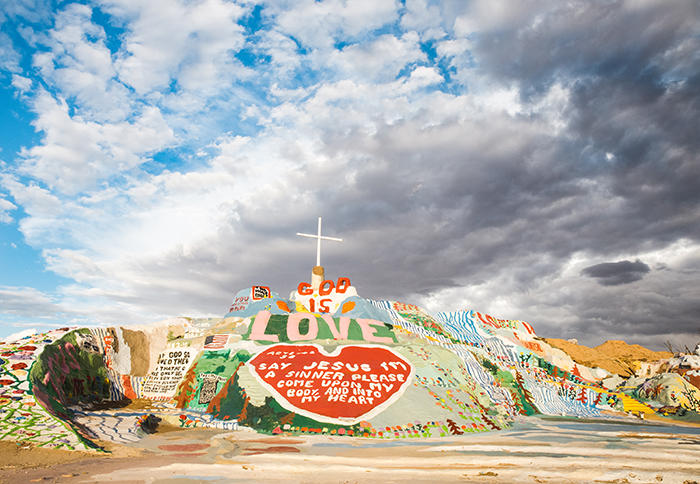 When driving through this community you will see different art exhibits like “East Jesus,” a forever changing art piece full of expressions about modern society. There’s also “The Library,” an art exhibit made from a variety of materials that displays lots of different art and, as you might have guessed, books, from all different genres. But unlike traditional city libraries, this one has no due date and no late fees. If you feel like meeting some quirky, down-to-earth people, make sure to visit “The Slabs.” Pro-tip: make sure to bring along a lot of water for yourself and trinkets to give or trade with the locals!

If you are looking for some more outdoor fun be sure to check out the Imperial Sand Dunes, the largest mass of sand dunes in the state of California. The dunes were formed by windblown sand from ancient Lake Cahuilla and spans more than 40 miles. If you’re an off-highway vehicle (OHV) enthusiast then this is the place for you! Make sure to purchase your permit if you plan on riding around the dunes. 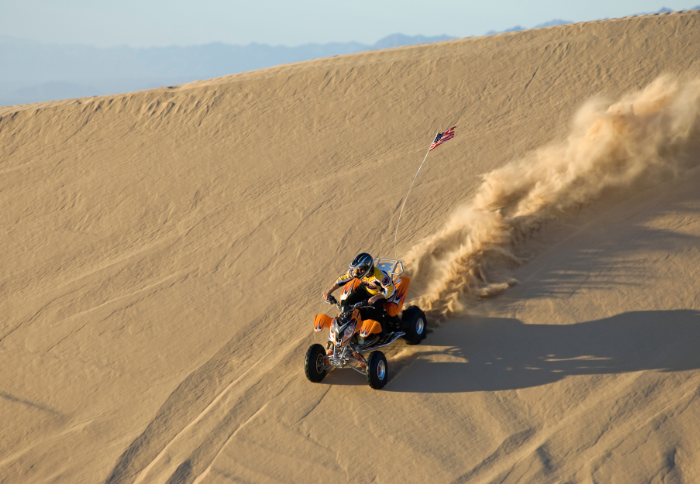 If sand isn't really your thing, you can always check out the Salton Sea Mud Volcanoes also known as the Salton Buttes. They are a group of volcanoes that are 4.3 miles long in a row with 5 lava domes. Each area has their own names: Mullet Island, North Red Hill, Obsidian Butte, Rock Hill, and South Red Hill, which are all located near the southeastern rim of the Salton Sea. 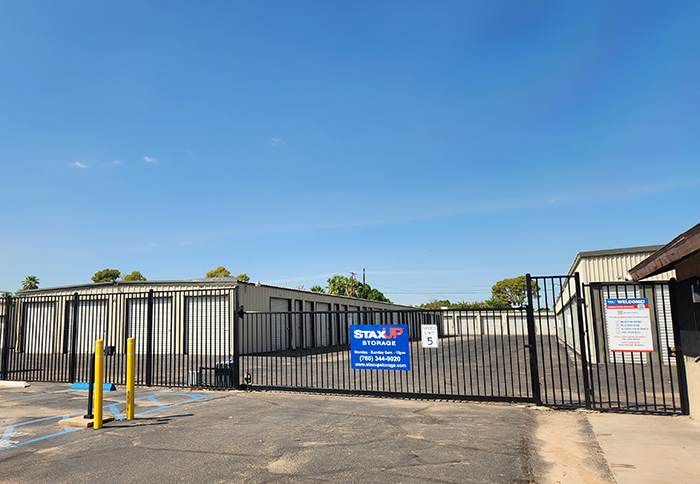 Once you get home from riding the Imperial Sand Dunes and have some souvenirs from the museums you visited make sure to choose StaxUP Storage as your storage solution. There are multiple locations in the Imperial Valley such as Brawley, Calexico, El Centro, and Portico. We have space for your OHV (off-highway vehicle) and your souvenirs, so come by and rent today.