Here at StaxUP Storage, we know our success is due to our wonderful team. The care they give our renters is unparalleled and we want to highlight their milestones along the way. Below is an interview with Southern California District Manager Monique Quintana-Padilla, who is celebrating her 11-year anniversary with StaxUP Storage. 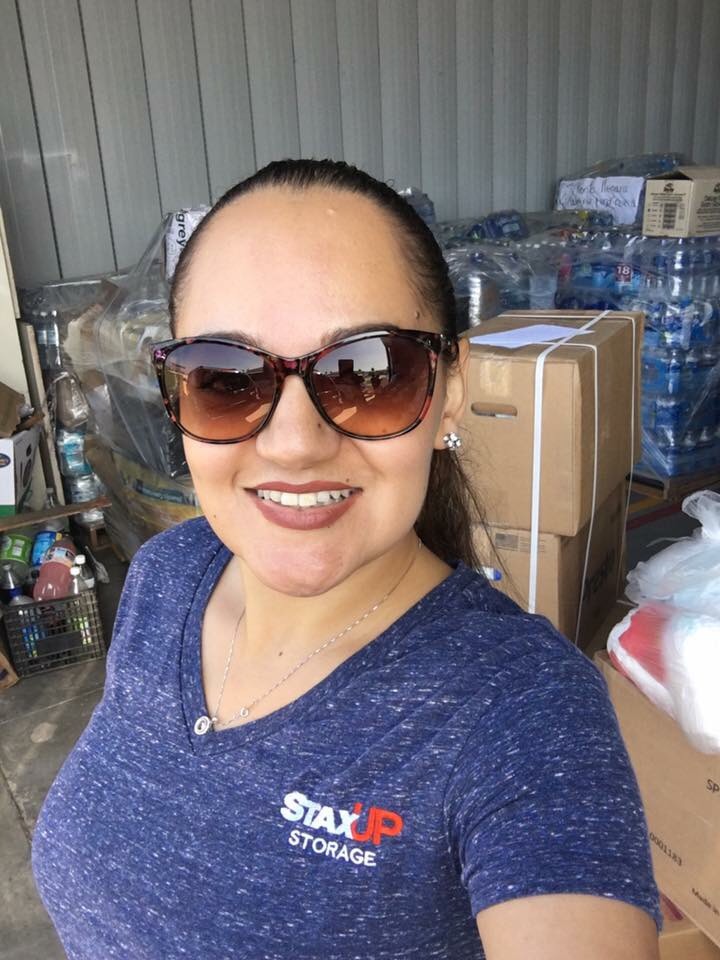 Monique Quintana Padilla is a District Manager for StaxUP Storage.

Colby: Monique what year anniversary will this be for you this year at StaxUP Storage?

Monique: This is my eleventh year.

Monique: I was hired back in 2007 as a janitor! There you go! How about that!? I was working outside. I would work from 1 pm to 10pm at the StaxUP Storage in San Ysidro. I would do all the cleaning outside all the 14 buildings: upstairs, second floor, and inside of the unit. And then, I was there for a couple of months and I was promoted to Assistant Manager. And then, I was Assistant Manager for about a year and a half and I got promoted to a Manager. So, I was a Manager for seven years, and I was recently promoted to District Manager on November 1st 2017.

“I hired Monique when she was 19 years old and she was quickly promoted to the biggest, busiest facility in our portfolio. To watch her grow, she became an incredible leader. She managed that facility so well over the years. I am just blown away by her. She doesn’t get rattled and she takes on whatever you need her to take on with the best attitude ever. Now we rely on her to manage 10 of our properties and the people who go with those properties.”

Monique: Awesome! It’s awesome. I love it. I mean, San Ysidro is a really busy facility, so, I was always running around, and it’s a lot more physical work walking, doing this, doing that, unloading trucks. District Manager is a little more in the background. I oversee 10 properties, but I love it. I love my job.

Monique: Well there are a lot of different things. You got to go try Taqueria Revolucion if you don’t want to cross the border that’s the closest you can get for Mexican tacos.

Colby: What are some other fun spots in San Ysidro, is there anything interesting going on in town right now?

Monique: Well there’s not a lot going on right now, but we’re not that far from downtown San Diego.

“Monique is such a great teacher. She taught me everything I know. You have to be quick and you have to satisfy the customers and she helped me a lot. I think the District Manager position was made for her. She was already multi-tasking before, but she is such a fast learner. Even if she was overwhelmed, she wouldn’t show it. I’ve seen her go from Manager to DM and she has excelled in every way.”

Colby: Well, you’ve got a great story. Starting out essentially cleaning, to becoming a District Manager. Do you have a favorite story from your career that you like to tell people?

Monique: There’s so many I can’t think of just one, I’ve been with the company for 11 years. So, there’s a little bit of everything I think I’ve experienced.

Colby: So, is there anybody you’d like to give a shout out to?

Monique: My team, my whole team. I want to thank everybody for being there for me. I have always been with my San Ysidro team, but for some of them it’s actually a new team, but everyone at all my facilities that I have overseen, they’ve been great. They are so helpful and have been supportive as well of my new position. If it wasn’t for my team, it wouldn’t have been so easy!